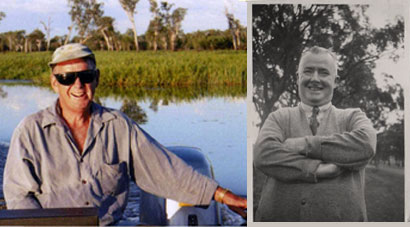 Dad’s energy is lovely and caring; a warm man who ran his own business out of a shop and knew everyone by their own name. He took great pride in his work and attention to detail including neat spidery writing in his ledger book.

Sunny was spot on “ my dad’s name is Norman ; he died over 20 years ago in 1977 and he was a lovely father. Stan, who was my uncle, and dad both had Alzheimers.

He owned and ran a grocery shop and prided himself on knowing everybody by name and their family too! He worked really hard and he did have neat spidery handwriting, just as Sunny described!

Dad gives healing to your eyes. He shows me his pocket watch, being very punctual and says ‘I passed over when I was 83 in June.’ He also mentions the 23rd as a date around his anniversary.

Amazing that Sunny got the dates so correct – dad died aged 83 in June and his birthday is the 23rd of June!

Dad talks about mum being with him in spirit and draws my mind back 7/8 years to around 2000 for leaving the earth. Dad is holding up his pocket watch and clearly showing me a reference to 11pm and then 11.55 pm just before midnight for a passing. Mums departure feels sudden and quite unexpected.

Your mother talks about being met by Walter who brings a fatherly energy and of a grandfather who worked around trains.

Mum talks about the boat cruise next year and that “the trips on me!” She says that you will have a lovely time. She also draws my mind to a grandson who is 11 and says that he is a sensitive boy.

Mum died in 2000 at around midnight , the exact time Sunny gave! Yes, I was not expecting it.

Walter is mum’s father and my grandfather on dad’s side worked in the railways, as Sunny stated! Also, amazingly, my daughter and I are going on a cruise in May next year and we are going on the money Mum left me! Luke my grandson is 11, the exact age Sunny gave and, yes, he is a sensitive spiritual boy!

I feel the energy of a male here who tells me that he is your husband. He is coming around you in Nov as your thoughts go out for a birthday. ‘Thank you for all the care at the end’ as he points to his stomach and brings a link to pancreatic cancer. He says that he went very quickly during the last 5 weeks being in and out of consciousness.

“Thanks for letting me die at home and for your roadmap into the spirit world. It meant a lot.” He is laughing with the mention of maps and says that he no longer has to get lost and drive around in circles up in spirit!

My husband died in May 2000 and his birthday is in Nov as Sunny mentioned. He died of a cancer similar to pancreatic cancer and yes, he did pass very quickly within 5 weeks of being told the cancer had returned, although he was only comatose for 3 days.

Yes he died at home and a few hours before he died I constantly told him he’d be fine and who would meet him and told him to go fly high with the Brahminy Kite that we used to see on our beach walks. He was a hopeless navigator; turn him round and he was lost. It was a real joke between us, so when Sunny mentioned this it really did strike a chord!

Your husband has a quiet energy being a gentle man and very educated. His energies goes out to his 3 children with reference to the fact that you lost a child together, maybe in the early stages and he has met up with their spirit on the other side.

He talks about your projects that you both shared around the garden and mentions that he has met up with a religious minister in spirit who feels connected to him. Husband worked with wood and shows me a Georgian type table that he made.

My husband was indeed a very gentle loving man and obtained a degree later on. We had three children and I had a miscarriage early on with what would have been our first child.

He and I loved our gardens. He did any heavy work and I did the rest but he loved to walk around the garden each day. His father was a Presbyterian minister so that would account for meeting up with a religious minister in spirit. Bruce was a carpenter and, yes, he made me a lovely Georgian table, which I still have, just as Sunny described!

He talks about fond memories of dancing together, moving up from Victoria and mentions of someone still connected to Wodonga in the close family.

Your beloved talks about all the beautiful pets he has met up with in spirit including a little one called ‘Fluffy.’ He is shaking his head in wonder saying he had no idea how beautiful it was up here. “Thank you for all the beautiful memories.”

We always danced together wherever we were if we liked the music – in the kitchen, at our workplace, wherever and moved up from Victoria , again just as Sunny said! Our daughter used to live in Wodonga!

We had three large Rottweilers, though our first dog was a miniature silky terrier and our beautiful ginger cat was called Fluffy, whose name Sunny gave! Together we made truly wonderful memories.

Thank you Sunny for an amazing reading.