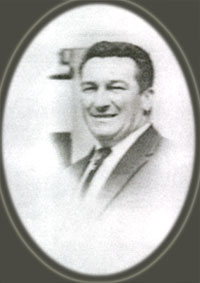 I have a lady called Louisa with me who tells me she is your mother in law and who comes in with Edna.

She is outspoken and brings a feisty energy with breathing difficulties at the end.

I am catching a flash of her blue/grey eyes and she makes me aware of an English connection. Louisa brings me back a couple of years around 2006 for her passing talks about a birthday in July. She thanks you for the support prior to her last couple of years passing.

Louisa was my mother in law. She passed away in 2006. As Sunny mentioned her birthday was in July, she had blue/grey eyes and is of English decent!

Louisa says hi to your son, her grandson and mentions that he is very busy working long hours and with a lot of organisation to do.

She comes close to your girl, her granddaughter and relates that the spirits came close at the age of 24 when she needed guidance. She talks about her carrying her name.

My son, Adam, is very busy with work as a team leader doing computer programming by day and actor/film director by night, 7 days a week.

My daughter’s second name is Louisa after her grandmother!! She did need a little guidance and support through some tough times at 24 years of age.

A man with a military connection “ initial ‘J’ “ sounds like Jim is standing here. The war greatly affected his emotions and he drowned his sorrows in the bottle. He wants to say ‘hi’ and brings dad in with him who has been gone a long time. Dad, who has a reserved energy, refers to his heart problems, the unexpected passing and having talked about feeling very tired just before he died.

Jim was Louisa’s loving husband, he served in the war and was greatly affected by his time there. I am so happy he is there with my dad who passed suddenly, much unexpectedly and yes as Sunny said, he was very tired before he passed over.

Dad says “happy birthday in September!” and ‘hi’ to his daughters still alive. Dad reminisces about the twins connected to your daughter who died at birth. ‘I was there to meet them as they passed over’ he says. ‘It was very sad.’

Dad says that mum has moved on since his passing and has a partner.

My brother and I both share birthdays on the 2nd of September. Dad has 4 daughters still alive.

My eldest daughter’s twin boys died at birth. It’s very sad they didn’t survive but very comforting to know they are with their great grandfather now and to know he was there to meet them. My mum did move on to be with another partner a couple of years after dad’s passing. Amazing that Sunny got all these details correct!

Dad loved gardening and took advantage of the outdoors as he worked inside where it was dark and oppressive. He loved Irish stout and has met up with his dad, Arthur in spirit. ‘It was difficult but now we have crossed that bridge and we are at peace.”

Dad mentions that he has met his brother in law who had the tattoo on his arm called Bert and Bert’s sister Betty. ‘I’ve also met George and Margaret up there’ he smiles.

My dad loved being outdoors on days off as he worked long shifts down in the mines. He loved a glass of stout. I’m so happy he was able to meet up with his dad Arthur again and that they are at peace.

George and Margaret were friends of mine; they were a very happy couple. Again, Sunny was spot on with all the names and details. 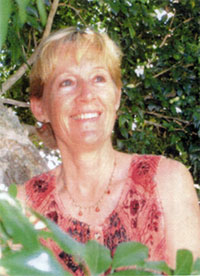 A lady comes close with a name like Mary and says ‘thanks for holding my hand and for putting the cream on my face. Your support with my battle with cancer meant a lot plus talking about the tunnel of light and where we end up on the other side.’ She sees that you have been sending healing to your sister who is sick and sends love to one grandchild who has the September birthday.

Mary-Anne was a wonderful friend of mine, unfortunately she suffered a long battle with cancer before she passed over. I have been sending healing to my

sister who is very sick. My granddaughter’s birthday’s September 9th.

Thank you Sunny for an amazing reading “ it has provided a lot of comfort and reassurance.