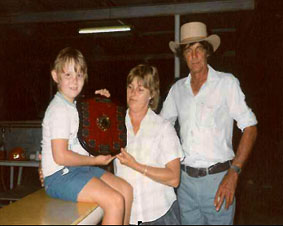 Your dad comes in and gives me an ‘en’ sounding name “ den/ken/Len. He talks about passing in July and gives me the 4th of July possibly for another passing close to him in the family.

Dad says that he has caught up with his sister in spirit including one who had breast cancer.

I was praying that Sunny would connect with my Dad and he was the first person to come through. Dads name was Dennis. He passed on the 16th of July, his sister Lesley passed on the 4th of July some years before and a sister in law passed with breast cancer. Sunny’s ability to pass on details told to him from the other side is amazing and also very reassuring.

Your dad was a smoker who stands with a cigarette in the corner of his mouth, and he talks about a cough that made his lungs rattle a bit. His hair was quite long; he had a twinkle in his eye and a great sense of humour with so much love for you, his dear daughter.

Your dad points to his stomach around the pancreas with an illness that took him very quickly at the end within 5 weeks/months although he kept things hidden regarding his health for the last year or so.

Dad loved horses and the country and mentions that he knew all the botanical names of the trees where he worked around.

He is measuring up a piece of wood to show me what he used to like doing and walking with a shooting jacket slung over his shoulder.

My dad was a smoker and had had a cough for several months but he wouldn’t do anything about it. His hair was always a little longer than normal and he had worn it that way for many years. He had a great sense of humour and loved a good joke. We had a father/daughter bond that nothing could come between.

Dad knew how bad his cancer was but didn’t tell anyone. He passed 10 days later after been admitted to hospital, after the cancer was already in 50% of his body, which was a total shock.

Dad had always loved horses and had worked with the forestry for some years. His ability to identify native trees by their botanical names always astounded me!!

Dad was very good with his hands and carved rifle stocks from timber. He was a Sporting Shooter for 36 years and would walk to the range with his shooting jacket over his shoulder. Sunny’s detail sent a chill down my spine.

Dad says ˜when you are dead you are dead’ and laughs ˜it is wonderful up here. I am even with the dog in spirit’ and he talks about a dog buried at the bottom of your garden. He shows me a white Queenslander house on the corner of the street and says that he is often around.

He says ˜happy birthday darl in March’ and then gives me the 17th of a month for another female close to you. Also there is a Taurus birthday around you. He laughs about a window pane being broken in your daughter’s room and says that he will be round to fix it! He knows that you have recently just talked about getting your carpets cleaned. Dad doesn’t miss a trick!

Like a lot of people dad didn’t believe in the spirit world; I am happy that he now knows different and is happy being there. He had a dog called Sue that is with him, and I have a dog buried in the back garden of my White Queenslander that is on a corner as Sunny described.

My birthday is the 5th of March and my daughter’s is the 17th of October. My son is a Taurus. Dad did a lot of odd jobs around my home for me; the window in my daughter’s room has been cracked since the day I purchased the house!! I had recently brought a carpet shampooer and done all the carpets, so I know he is around a lot.

Dad shows me you have 2 brothers, says ˜hi’ to John and also mentions Alan who is close to John. He puts up a 7 in the air in front of my eyes possibly referring to his age. He wishes to be remembered to mum who has been around hospitals and to say that things will be ok with her.

I have 2 brothers, the elder being John and Alan is his son. Alan was 7 at the time of the reading. Mum had just had a small operation and dad said she would be fine and she was. Sunny’s ability with detail is astounding.

So many people came from interstate for my funeral. It was a good turn out and you organised everything. Thank you my love. I was stood there watching all the balloons go up at the end. A celebration of my life. Thanks for the red roses and for bringing them every week to my grave.

Yes a lot of people did travel interstate to dad’s funeral and I took care of everything; I wanted his send off to be as happy as it could be.

Each of the 6 grandkids let a balloon go right at the end. It was a really big gathering and I was so happy to see he had touched so many lives. Every weekend for the first year of his passing I took Roses to his grave and covered the ground with petals. I am so happy that dad knew this and could tell Sunny.

Dad’s spirit is incredibly strong “ one of the best communicators I have had in years and a strong father for you. He shows me memories going way back to an outside toilet, a big carpet snake and him rescuing you. ˜I remember your motorbike accident in your 20’s, also passing around 2005 and know that my thoughts were with you during the end of a relationship at that time. I am still guiding you.’

Dad told Sunny about me getting stuck in an old toilet with a huge carpet snake when I was about 7, even though I had not thought about that in 30 years!! Thank you Sunny for bringing back that old memory for me; it was a very happy family time in all our lives when that occurred and nice to visit the past.

I had a bad motor bike accident that dad recalled in my younger years and yes my marriage broke down just after he passed in the year 2005. I knew his love and strength was with me at that time and it made me stronger.

I ask dad what he is doing in spirit and he tells me he has met up with Tom (English connections) and they are still up to their old tricks walking through the fields. He reminisces about the old days talking about someone called Adrian who lived nearby. He mentions that he has met Arny in spirit as well as with the spirit of a boy that you miscarried.

Dads best mate was a man called Tom who passed some time before dad; they were peas in a pod and dad missed him terribly. I am really happy to know they are up to their old tricks again. Adrian was dad’s neighbour. Arny was a shooting buddy dad knew for many years. It’s also nice to know that my stillborn son Grayson is with his poppy.

Dad talks about an article in the paper and then mentions your tattoo and DAD written on something.

As his energy withdraws he is showing me dabbing something out of the corner of an eye with a hanky. I can’t quite see what it is but know that dad is saying ˜thank you. I am forever with you¦¦’

After dad passed I was asked to write an article for Australian Sporting Shooter this magazine goes all over Australia .

I had a tattoo of a Butterfly put on the back of my neck after he passed; this had been a joke between dad and I since I was 18. I also had a ring made with a large Sapphire dad had given me and have DAD written on it.

After I went to view dad and say my goodbye’s, I had put a hanky in the top pocket of the shirt I chosen for him to go in and as I was kissing him goodbye a water droplet ran out of the side of his right eye and I wiped it away, I knew that this was a special sign just for me, I feel his love and often his presence with me, I know he is guiding me and he is happy.

Sunny’s reading has settled my heart a lot, Sunny gave so much information that was so exact, names, dates etc that were truly amazing. Sunny gave me a sense of peace after the reading that I will be forever grateful for.