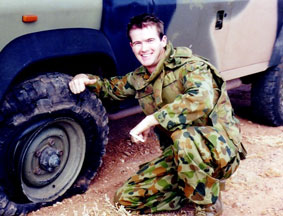 Your paternal grandfather in spirit mentions Andrew and a baby girl just been born. He says that your dad is one of 7 still alive and gives healing to your grandmother

Andy is my much loved cousin who lives in London and had just welcomed his second daughter into the world. Dad was one of nine and his mother is in her 90s, with variable health.

Sadness was around you in a relationship at the age of 28. A spirit man coming in with the initial ‘A’ “ he gives me the name Aaron and shows me a very sudden passing with a helicopter and paramedics on the scene. He talks about how he often had to go away for 5/6 weeks with work and always missed you even if he wasn’t able to communicate this.

Aaron has a quiet reserved energy but a sense of humour once he opens up. He was a good judge of character and was very loyal once friendships had been made. He is playful, loving and wanting to tease you about something. He tells me you knew him at school in your teenage years and that you were introduced by friends. He makes me aware of the age of 31 around you at the moment.

Sunny connected with Aaron’s name straight away which was amazing! Aaron fell from a waterfall at Hinchinbrook Island – death was instant but he was resuscitated at the scene by his friends and airlifted to Townsville Hospital. Aaron was in the RAAF and went away on exercise for weeks at a time.

Sunny provided a very accurate summary of his character! He was one of my cousin Shehan’s best mates at school and we first met when i was 15 or 16. I am now 31!!

Aaron talks about the football jersey that you still have. He loved sport and being a good sprinter was strong/muscular in build. He’s laughing about his height and saying ‘don’t call me shortie I’m taller in spirit!’ He is rubbing his head and making me aware that his hair is shaved and kept short.

I am a mad rugby fan and wear my Wallabies jersey with pride! The rugby was something we watched together. Yes, he was a runner – he would run from his place to visit me at my parents! He wasn’t particularly tall and his mates did tease him about it! He shaved his head for RAAF. Again spot on with everything!

Aaron brings back memories of a holiday with happy memories in 2004 and he clearly shows me the clock stopping during Sept 19th 2006 regarding his life.

He is holding a packet of Tim tams and says that these were your favourites.

“I m still with you when you go shopping and you’ve recently just bought new shoes “ who would have guessed it!”

He shows me a block of flats where you live and a bird that has been visiting. “I hear you talking to the bird and as it flies away you think ‘there goes Aaron!’ “

He shows me the Buddha’s in your house with the water feature. Look out for a light flickering around the house.

The dates mentioned are very accurate – Aaron died on the 19th of September 2006 and we did go holidays to Victoria in November 2004 and had an amazing time together.

I’m a fan of anything chocolate and love shopping including buying a pair of shoes last week!

I do have special bird visitors and I do very often think when they fly away ‘there goes Aaron’! I live in a unit and do have a water feature with two Buddha’s sitting in front of it!! My lights often flicker and i do think it’s Aaron trying to communicate with me.

Aaron talks about his red car and mentions that you are nervous around driving but that he will always guide you if you decide to drive.

Aaron want to say ‘hi’ to your dad and mentions the heart shaped pillow.

Spirit make me aware that you are a nurse working around hospitals and there are shift changes around.

Aaron’s energy is withdrawing but know that he is so happy to have made contact today.

Aaron had a maroon Mazda 121 (his girly car but he loved it!) – i don’t drive but am so glad to know that he will be with me if i do decide to get behind the wheel!!

Dad was very ill in 2005 and nearly passed away – Aaron was away on exercise in rural Tasmania and the RAAF were fantastic in getting him home very quickly to be with the family. The heart shaped pillow is on Dad and Mum’s bed and was given to Dad by the hospital after his bypass surgery. I am a nurse and am leaving shift work behind shortly for normal hours.

Thank you so much Sunny for the opportunity to be in touch with Aaron. I will always remember this reading. Thank you!